Knights in armor – 08.06.2002
The French company Sopexa celebrated the increase of consumption of Beaujolais in the Czech Republic by dubbing four Czech personalities Knights of Beaujolais. During the ritual, the knights had to swear on oath and drink wine in one shot – certainly was not a problem for them, nor for the rest of the guests. 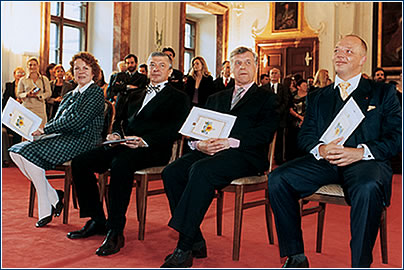 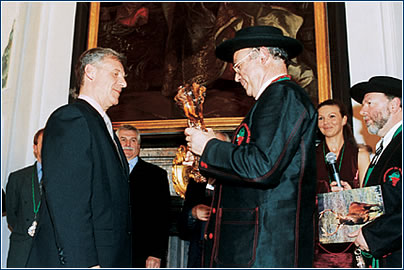 Hynek Vich being dubbed Knight of Beaujolais by one of the members. 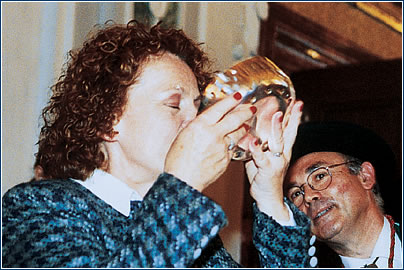 Hats off – 06.06.2002
Like olden days – that’s how it looked during the Hat Garden Party organized by Altisa international network in Bohemia Regia gardens in Prague 4. A pity that the weather wasn’t favorable; the organizers were not prepared for the “wet option”, and had to improvize much of the activities. 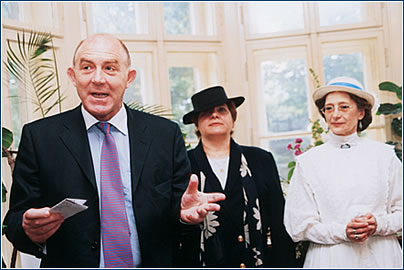 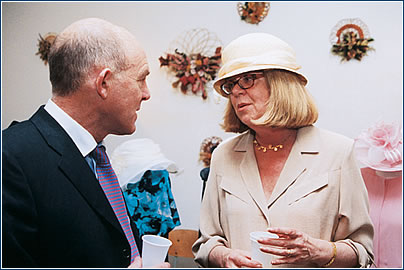 Joseph Hayes, this time in a lively conversation with Patrizia Stack, the wife of Jack Stack, CEO of Česká spořitelna