Haunted Karlštejn – 01.11.2003
Restaurateur Nils Jebens loves to entertain guests. The first Saturday in November he organized a Halloween Golf Tournament at Karlštejn, with mandatory fancy dress. In the evening the “ghosts” met for a dinner party at Cihelna. 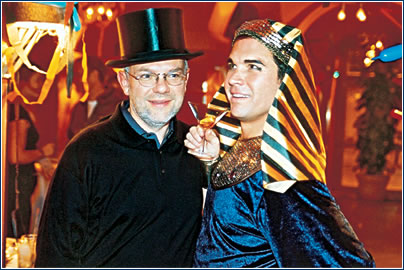 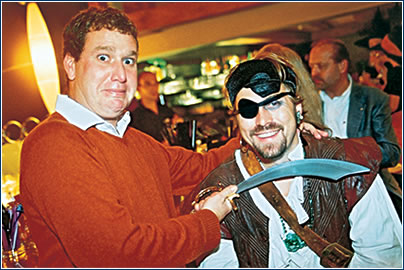 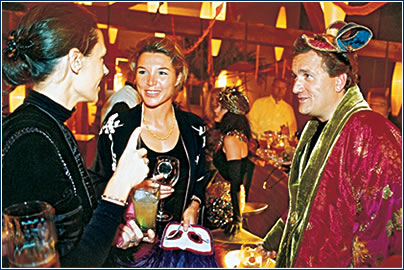 Sebastian Pawlowski, owner of Copa, with his wife Katherine Butler, owner of Sparky’s

Kings of the castle – 04.11.2003
The gala award ceremony of Ernst & Young’s Entrepreneur of the Year contest took place at the Prague Castle. The Czech entrepreneurial elite filled Rothmayer hall, and the speeches of the winners enlivened a classy evening. 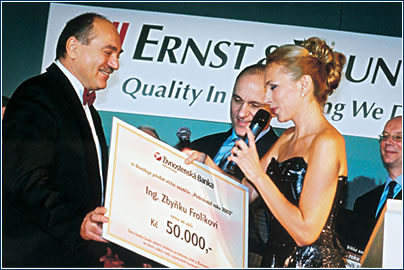 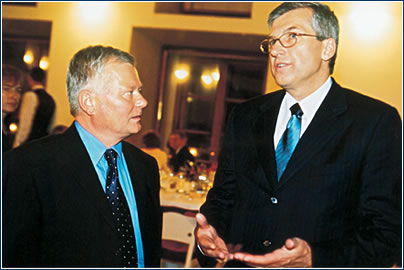 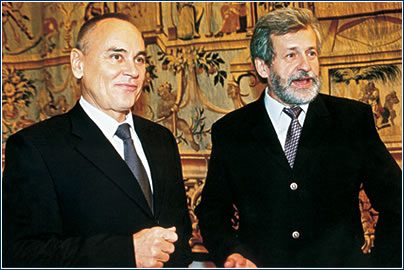 Finalists for 2003: Mojmír Čapka (left), general director and chairman of the board, Brisk Tábor,
and Miloslav Čermák, director of Sněžka Náchod 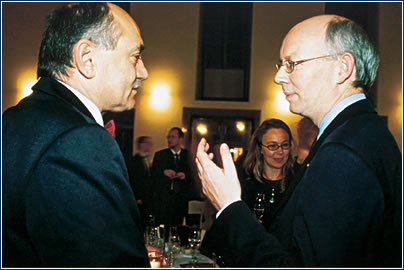 Fresh off the vine – 20.11.2003
Who better than the French to welcome the Beaujolais nouveau? Accor hotel group and Air France invited guests to hotel Mercure Prague for a tasting of this year’s production. To keep the young wine going to guests’ heads too fast, a variety of excellent cheeses and salads were served. 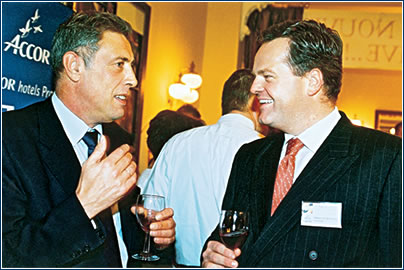 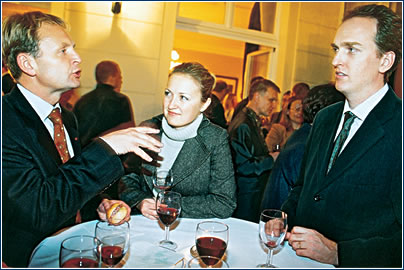 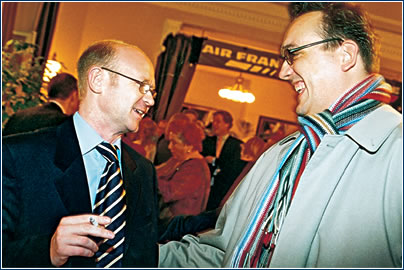 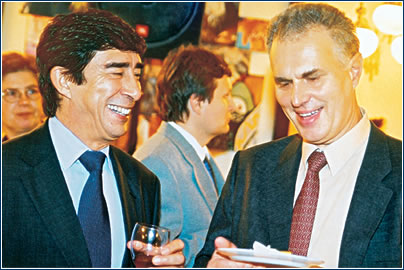