Welcome Ibis – 15.5.2004
The Accor Group is expanding its presence in Prague. The network of hotels Ibis, Novotel, and Mercure welcomed the latest member – Ibis Praha Smíchov hotel – just next to the Nový Smíchov shopping center. 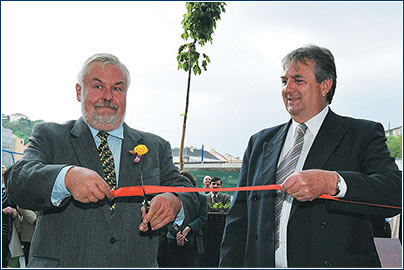 Vojtěch Zapletal (left), deputy mayor of Prague 5 cuts the tape, along with André Cantiniaux,
director for central and eastern Europe of Accor. 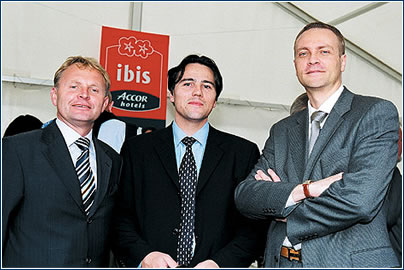 Palace celebrations – 23.5.2004
The Pálffy Palác restaurant celebrated its tenth birthday. The party, graced by a concert by the string orchestra of the Prague Conservatory, was attended by a mixed crowd of fans and friends. Although it was Sunday, guests devoured the restaurant’s delicacies – including tasty desserts – until late in the night. 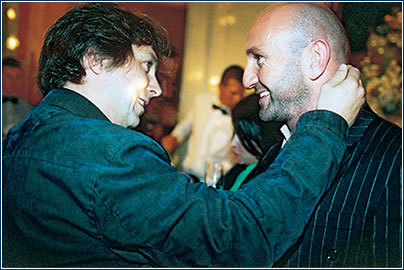 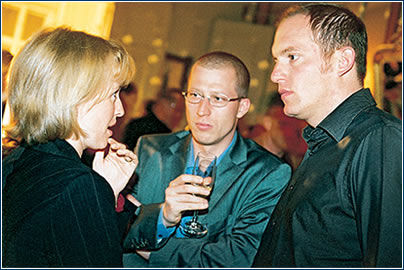 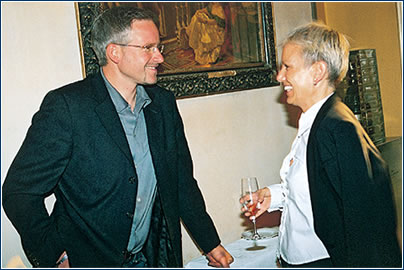 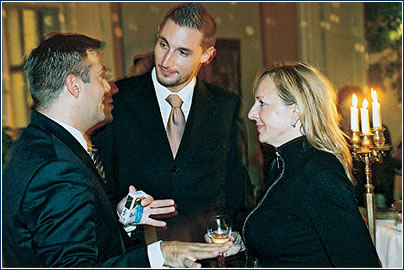 42 damp kilometers – 23.05.2004
The popularity of the 10th annual Prague International Marathon was demonstrated by the field of runners – some 20,000 strong – that turned out to compete in the cold and rain. The main marathon-length race, with about 4,500 runners, was set in motion by president Václav Klaus. 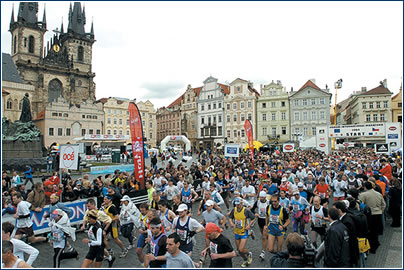 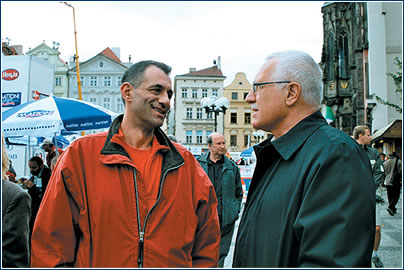 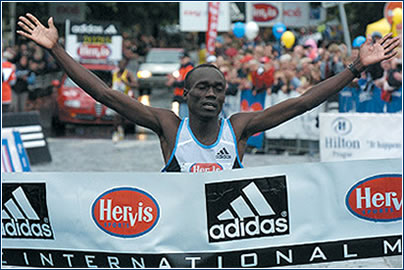 The victory of Kenyan Barnabas Koech, who ran for the first time in Prague, surprised many. 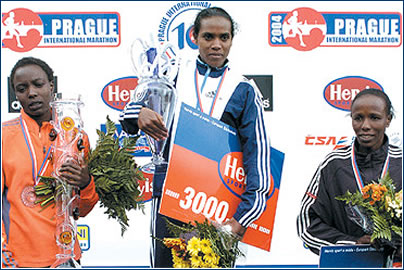