With their clean, sensitive reconstruction of the unique, functionalist Palička villa in the Osada Baba complex in Prague 6, architects Ladislav Lábus and Norbert Schmidt succeeded in converting a historically valuable structure into a place for living without damaging its authenticity. The progressively designed house was conceived by the Dutch architect Mart Stam for the builder Jiří Palička in 1932. 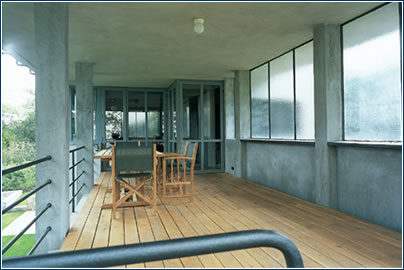 An oak “deck” was laid on the original terrace pavement. The greatest change is the glass wall separating the terrace from the living room, which was originally masonry, despite the architect’s intentions. 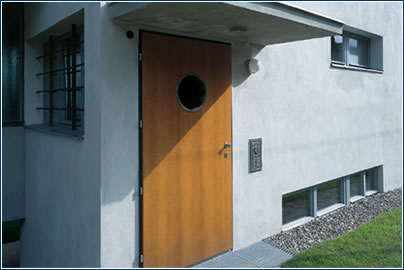 The entrance door has a round window, typical of all of Baba, but Palička originally didn’t have it. 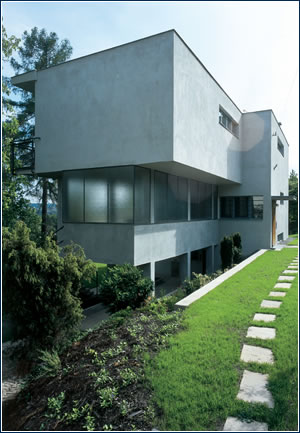 The basic principles were the simplicity, refinement, and precision of linking details,
and the well-considered proportions. 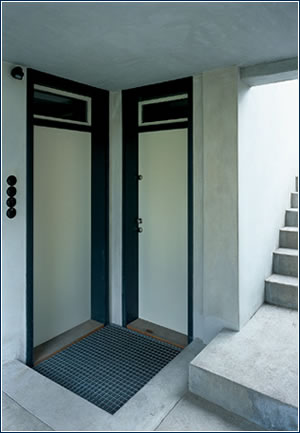 Clearly simple: an entrance to the house with space for tools and garden equipment. 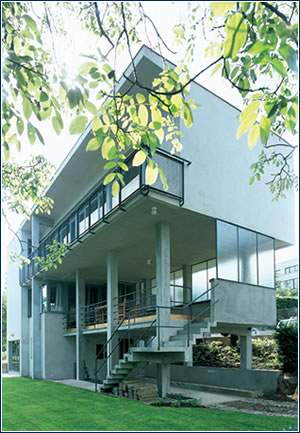 The building is an isolated example of a family home as an open structure, created through the partial use of skeletal construction, and allowing future development. The delicate reinforced concrete stairway with its original banisters allows direct access from the terrace to the garden. 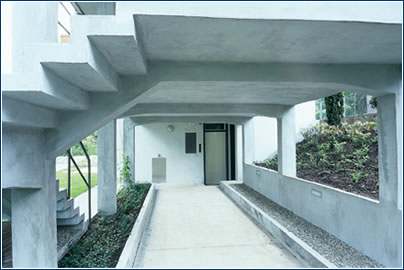 The eave beneath the terrace replaced a garage,
which would have undermined the entire structure’s concept.