Bovine festivities – 27.05.2004
Before cows flooded the streets of Prague, they met in an old factory in Karlín, where a splendid exhibition was organized. Stilt-walkers were mingling among guests, jugglers were swinging on the trapeze and the musicians played lively tunes. Only steaks were missing… 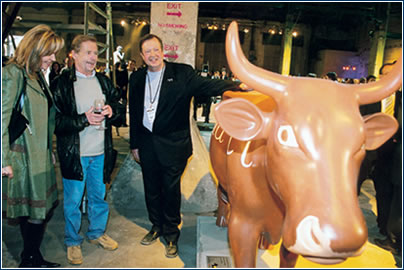 Bessel Kok (right), one of the impresarios of the Cow Parade, gave Václav Havel and his wife Dagmar a personal tour

Another of the organizers, co-owner of Real Estate Karlín Group Serge Borenstein (middle), with his wife Marie and Armin Zerunyan, managing director of Hilton 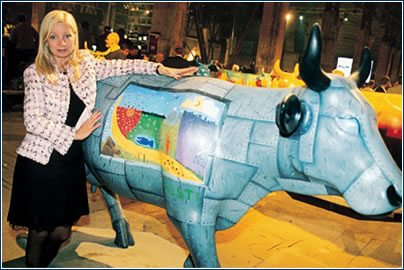 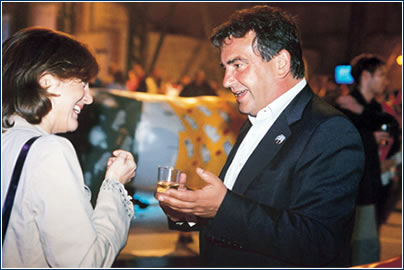 Crowne plaza rocks! – 02.06.2004
There is a great demand for Superstars these days. Before the Czech Republic got one, Austria Hotels and the Auditor firm found their own. Although the garden party was interrupted by sudden rain, the karaoke show was a great source of entertainment. 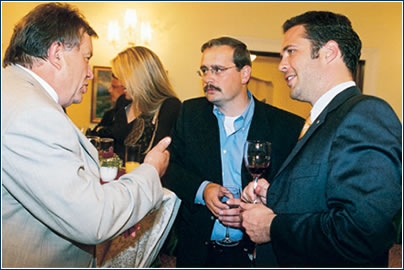 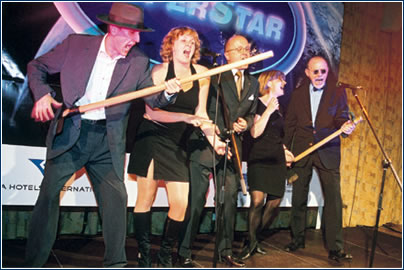 Trans queens – 12.06.2004
Prague has a real transvestite club. The owner of several similar clubs in London and Turkey established himself in Železná street. The launching party at Rubyz – set off by music, dancing, lights, sexy bodies and cocktails – seemed very promising. 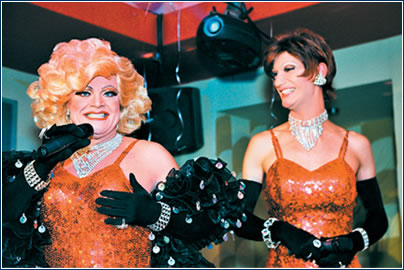 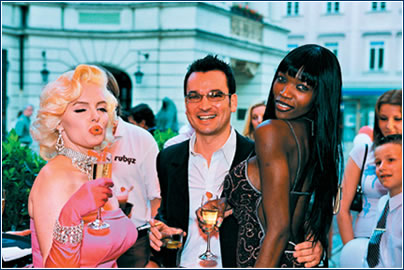 Christopher Munoz, partner of Fision Group with Marylin Monroe and Naomi Campbell imitators who came down from London 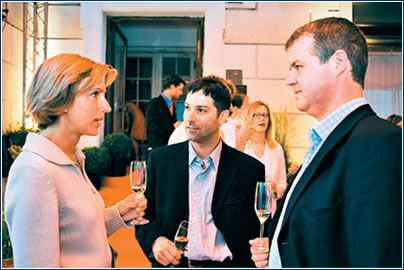 Loyalty pays off – 17.06.2004
For every entrepreneur, loyal customers are worth their weight in gold. The Kampa Group, which controls several restaurants and bars in Prague, decided to reward such fidelity with a new frequent diner program, “morethandining”. Such an occasion called for more good food and drinks… 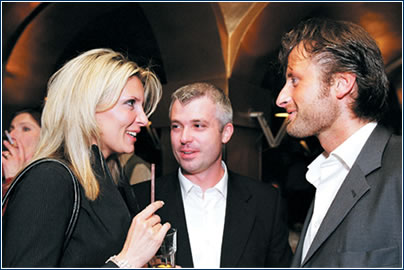 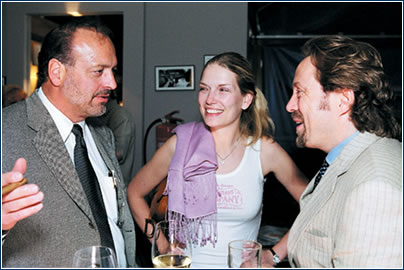 The best of the best – 29.05.2004
Every year since 1986 in more than 30 countries, Ernst & Young honors pioneers in business with its “Entrepreneur of the Year” contest. At the fabulous final in Monte Carlo, even the Czech winner was on stage. 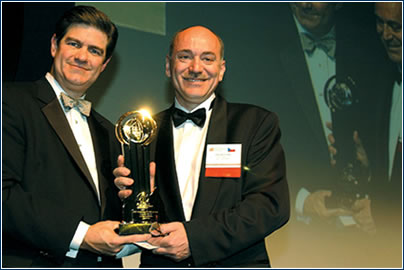 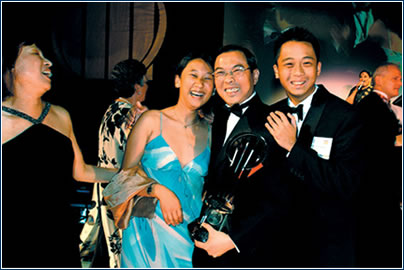 World Entrepreneur of the Year 2004 – Tony Tan Caktiong (second from right), owner of Jollibee Foods Corp in the Philippines.