For years, Filip Streit’s designs have received awards at leading competitions or attracted interest at international exhibitions. However, he’s still waiting for invention to come into vogue in Czech industrial production.

STREIT’S DESIGN studies are always interesting for their view into the future. First he created a futuristic bathroom design with a retractable sunken rubber bathtub, winning the first prize in Ravak’s 21st Century Bathrooms competition. His concept of the disposable polystyrene Swan chair in 2001, which he created in cooperation with Petr Mikošek for the London exhibition Prague Session was also innovative. “A cheap disposable chair would bring significant financial savings for organizers of large social events,” Streit says. The chair, along with the original installation in the exhibition, was also made of polystyrene, and enjoyed a great response and publicity. But it’s hard to find a manufacturer to invest in the expensive development. “Creating the proper forms for production lines costs hundreds of thousands of crowns,” he adds. One year later he presented a revolutionary inverted PET bottle concept, this time in cooperation with Studio File. “The bottle, which stands on its top, not only opens up a new shaping method, it also brings certain technical advantages. For example, the cap must be bigger for better stability, which makes it easier to open.”
Among his unrealized projects, his silver rings are an exception, as they are successfully produced and sold by the Belda goldworks. The unusual combination of silver on the surface and colored Corian (a synthetic material) on the inner surface of the ring brings a new look in jewelry decoration, revealing a decorative element with a cross-section of the internal part of the circle. “Originally I wanted to combine metal with plastic, creating a contrast between cold metal and colorful material, and I finally found Corian, which is suitably hard and harmlessness to health,” he explains. As part of his audacious concept, Streit also worked on designing a new look for a scooter for Kentoya, which wanted to make its existing model stand out. He used the new prototype for his thesis work at the Institute of Applied Arts, thanks to which he not only graduated but also received an award from the Hlávka Foundation For Young Designers. With that the entire project ended. But Streit isn’t succumbing to romantic dreams – he’s currently working with Ivan Dlabač’s Divan studio on a design for medical equipment, something that is useful, but not guaranteed to bring kudos to the designer. 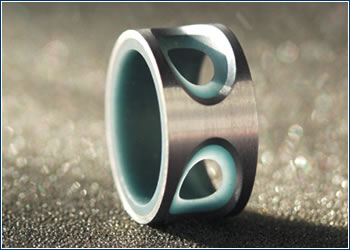 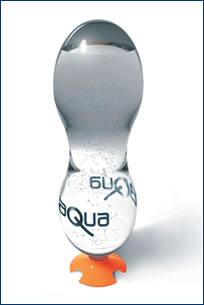 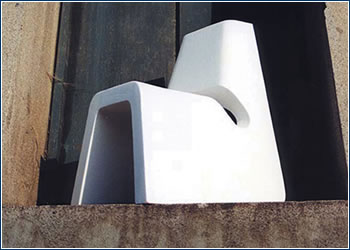 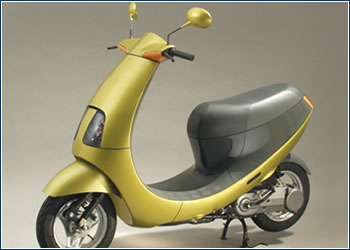