Since its break from the former Yugoslavia in 1991, Slovenia is no longer the well-kept secret for travelers it once was. Nevertheless, its persistently peaceful capital, curled under its castle-topped hill, is still a wonderful antidote to much of Europe’s crowds and high prices. 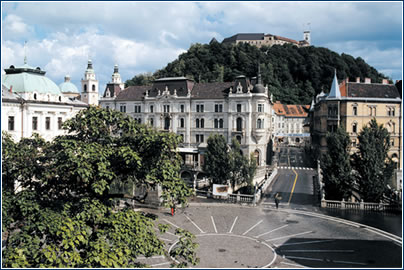 Where on the web?
For further information, we suggest the following websites dedicated to Ljubljana:
www.slovenia-tourism.si/?_ctg_regije=11&lng=2 – the official site of the Slovenian travel board is, not surprisingly, full of useful and interesting information.
www.ljubljana-tourism.si/index.cgi?body=a11 – one page from this website, featuring useful business contacts.
www.escapeartist.com/slovenia/economy.html – further links to sites focused on business and economy
www.lonelyplanet.com/destinations/europe/slovenia/ – a less formal look at the country and it’s attractions
www.books-maps.com/SI/ – faktická online databáze map, leteckých snímků, obrázků pamětihodností a zajímavostí a průvodců slovinskými městy. 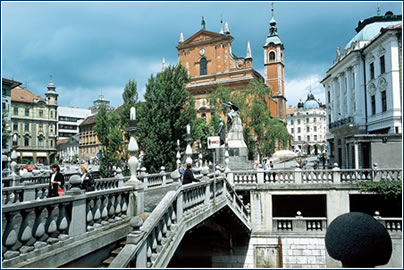 · Social and business customs do not differ greatly from those in the rest of Europe, and in business are very similar to Austria and Germany. Negotiations are as likely to be carried out over lunch or dinner as they are in the office. Initial contacts are normally made between people of a comparable standing.
· In business, English is almost considered the second “official” language (after Slovene), followed by German and Italian. Almost all businessmen also speak Serbian and Croat, which facilitates business negotiations in the republics of former Yugoslavia.
· Attention is paid to academic and professional titles and to the standing of individuals within their organization. Visitors need to dress appropriately for the season, but there are no special clothing requirements for Slovenia. Dress codes are similar to Austria and Northern Italy. 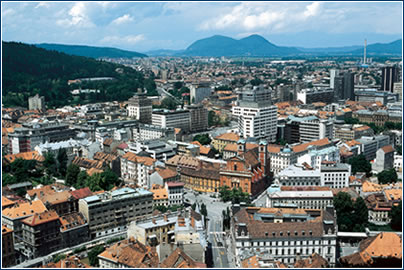 · With a rich industrial history, a traditional openness to the rest of the world, rational economic policies, and proven economic development, Slovenia is among the most successful countries in transition from socialism to a market economy. Due to excellent geographic location and good economic performance, Slovenia has become an attractive site for commmercial headquarters, while business travelers and tourists alike appreciate its diverse landscape and rich cultural heritage.
· Like the rest of the country, the greatest number of businesses in the capital are engaged in trade and commerce, followed by industry, services, real estate, construction, transport, and communications. Following independence, entrepreneurship began to develop intensively, and today more than 90% of the city’s companies are classified as small business enterprises.
· Agriculture, forestry, and fishing represents a comparatively low 2% of GDP, while industry and construction comprise over one-third of the total. As in most industrial economies, services make up an increasing share of output (60.1%), notably in the financial sector.
· The Slovene flow of trade has been largely aimed at the European Union, particularly Germany, Italy, Austria, and France, while increasing cooperation with existing partners is oriented toward new markets in countries of the former Yugoslavia, the United States, and Russia.
· For updated weekly business information and useful commercial links, visit the Slovenian Business Weekly website: http://www.gzs.si/eng/news/sbw/