“I’m not going to be more concrete. Lobbyists are people that negotiate or juggle with the name “Gross”. It can be tough and I don’t want to be shot down somewhere.”
– Former department head of governmental office Zdeněk Šarapatka, referring to the circumstances of his recall and about the people surrounding prime minister Gross.

“I did not incite anyone to bribe anybody, especially not such a cretin as Kořistka.”
– Stated head of ODS Mirek Topolánek, during a meeting in Tábor.

“I wish Miloš Zeman many successful years of hugging trees at Vysočina.”
– head of Parliament Lubomír Zaorálek, speaking about the future of Miloš Zeman in Czech politics.

“If instead of being here personally he would just hung here the billboard “I mean it honestly” the content of his speech would be the same.”
– Vlastimil Tlustý (ODS) during the budget negotiation in parliament about prime minister Stanislav Gross.

“It was shorter than I expected.”
– remark made by first Czech euro commissioner in Brussels Pavel Telička during his farewell party. 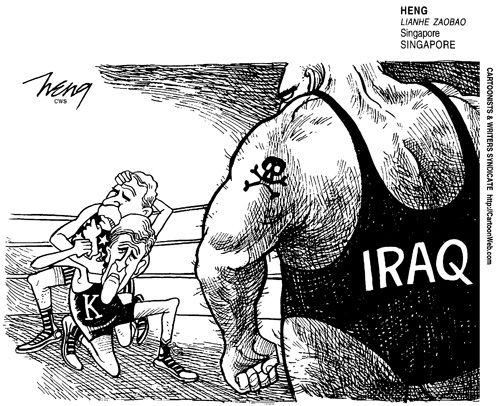