Designer Jan Čapek has recently drawn interest for creations as varied as packaging for the new Mattoni bottle and his Washman washing machine at the Elektrolux Design Lab competition.

JAN ČAPEK, a recent graduate of the Institute of Applied Arts in Prague, first studied precious stone grinding at the Vocational Secondary School of Applied Arts in Turnov, and for a year and a half he worked in the same field at Tiffany’s in New York. He suggests that could be why his current approach to design is rather precise. In 2000, the Czech Design Center awarded him with his first prize for the design of the Ego tea set, made of porcelain and carbon fiber, whose egg-shaped form forecast a later Čapek product. Last year he designed a gift package for presenting the new Mattoni bottle from the renowned Italian studio Pininfarina. “I chose the oval egg shape as an archetype for the birth of something new, and polystyrene as a typical packaging material. But until now it hasn’t been used in art,” says the designer, who wanted to demonstrate the hidden potential of an otherwise inconspicuous material. “I’m relatively technically focused, and rationality plays a large role with me. So I also see design as responsible work primarily involving the correct blending of function, shape, technology, material, and price,” Čapek explains. His cooperation with Erpet Design not only led to his work on the Mattoni package, but also designs for the new interiors of shops in the UMBRO chain, where a main role is played by organically shaped shelves of cast aluminum together with industrial stands.
In the meantime, he and colleague Kryštof Nosál took second place in the finals of the Elektrolux designer competition in New York last November. The designers came up with a “smart” washer that meets the needs of young people and combines a new, attractive design with simple operation. It conveniently and cleverly manages the gathering, sorting, and drying of laundry. Besides that, the panel was immediately struck by several inspired details like an integrated basket with compartments for sorting and a practical speed dryer for socks.
Čapek strives to very thoroughly and originally do justice to each task: for the Funeral Design at last year’s Art&Interior trade fair he created the “Memento mori” box to demonstrate the age-old human battle with death. A metal case made of layers that perfectly withstand various types of damage conceals a special capsule, which will hold the designer’s genetic information as isolated DNA for as long as the next millennium. So “Čapek forever” may be a possibility. 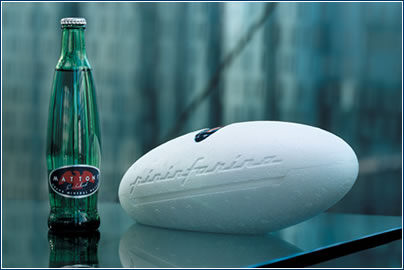 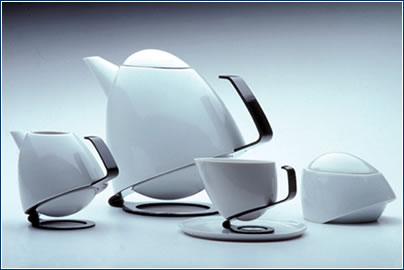