Luxembourg City is the heart of the country in cultural, political and social respects. It is not only the country’s capital but also one of the three capitals of the European Community (the other two being Strasbourg and Brussels). 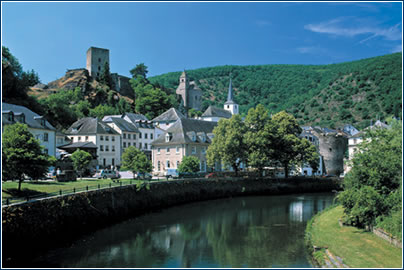 MOREOVER, Luxembourg city is a banking and business center and cosmopolitan town surrounded by magnificent historical fortifications, classified as world patrimony by UNESCO. The city is very pleasantly situated overlooking the Pétrusse and Alzette Valleys. Luxembourg was founded in 963 AD on a rocky outcrop known as “the Bock”, by Sigefroid, Count of Ardennes, who expanded on a roman castillium, thus laying the cornerstone of a fortress that later was to become Luxembourg City.

Where on the web?
For further information, we suggest the following websites dedicated to Luxembourg:
www.trade.uktradeinvest.gov.uk/luxembourg/profile/index – UK Trade & Investment site dealing with Luxembourg
www.ont.lu – Office National du Tourisme (ONT) (National Tourist Office)
www.wordtravels.com/Travelguide/Countries/Luxembourg/ – good basic tour and sight-seeing info
www.fodors.com/miniguides/ – a well laid-out overview for the casual visitor
www.europe-today.com/lux/sightseeing.html – a highly visual sight focused on sight-seeing
www.europe-today.com/lux/sightseeing.html – a fine site for booking hotels, and for getting inside info from travelers via the online forum.

· Luxembourg is one of the most prosperous countries in Western Europe. Two very different industries – banking and steel – have historically been the mainstays of the economy. The historically dominant steel industry has taken a back seat to other industries, notably chemicals, rubber, plastics, metal products and light manufacturing (textiles, paper, electronic equipment).

· The banking and finance sector is also in a healthy condition: companies originally attracted to Luxembourg by favorable banking secrecy laws and low taxation have prospered despite the gradual harmonization of taxes and tariffs across the EU.

· The economy has long been linked with that of Belgium, initially through the 1921 economic union, supplemented by a further treaty in 1958 and latterly, by mutual membership of the EU. Luxembourg was an inaugural member of the Euro at the beginning of 1999. Belgium is the largest single trading partner, followed by The Netherlands and France. 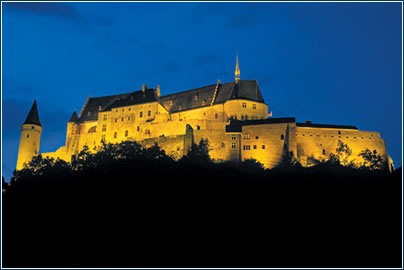