Fond farewells – 25.05.2005
The American ambassador hosted a gathering of Alumni members of the CMC Graduate School of Business. A reception in the garden of his residence was also an occasion to give a farewell to Robert Loewenguth, who left this June after serving as the school’s president for many years. 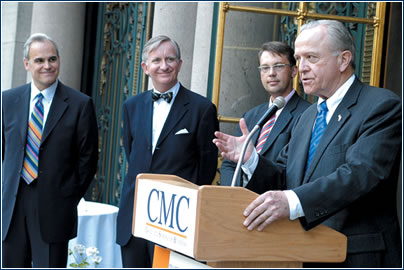 William Cabaniss, US ambassador (the speaker); Daniel Hron (second from right), head of the Alumni of CMC; Erik Slingerland (second from left), CMC chairman of the board of trustees; and Peter Loewenguth, CMC’s departing president 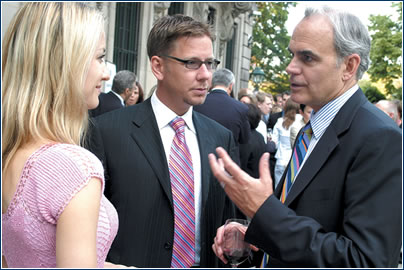 Richard Paulson (left), general manager of Pfizer with his fiancée and Peter Loewenguth 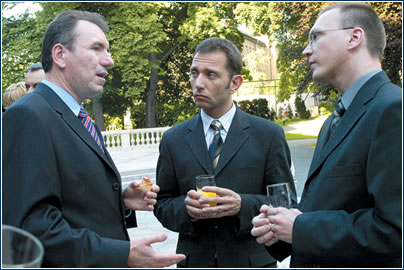 Viva Italia! – 02.06.2005
The “La Festa Della Repubblica” event in the gardens of the Italian Cultural Institute in Prague was a celebration of Italian culture, culinary art, and wine. 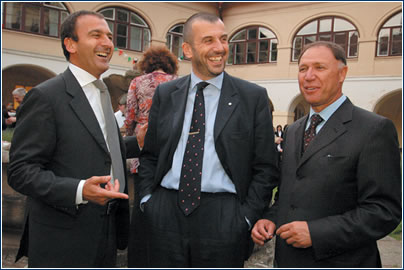 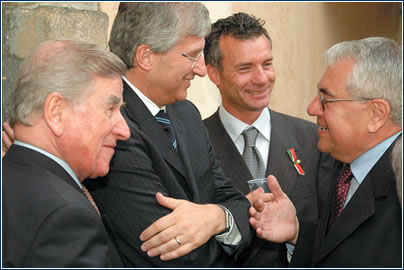 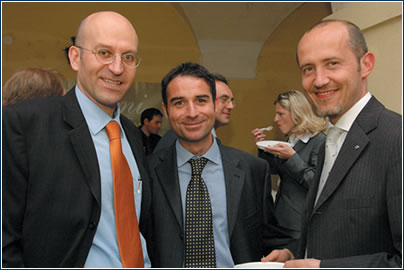 “Cleaning crew” – 06.06.2005
British Nuclear Group, a company engaging in liquidation of nuclear facilities, has opened its office in Prague, which will be the headquarters for their activities in the middle and eastern European region. The launching inspired a gala reception in Kaunický palace. 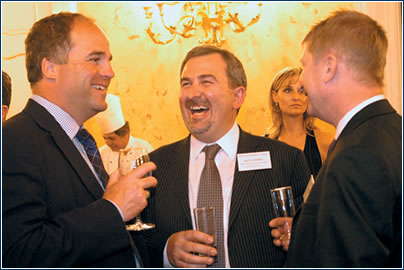 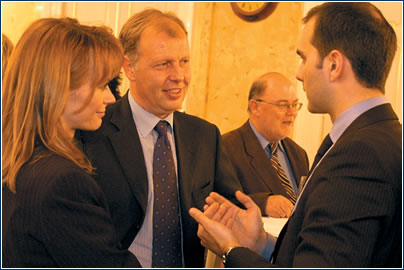 You know the names – 13.06.2005
The Superbrands organization, an authority in the area of branding since the mid-90s in 40 countries, finally made it to the Czech Republic. During the welcoming celebrations, vice-prime minister Martin Jahn launched the very first book of Czech superbrands. 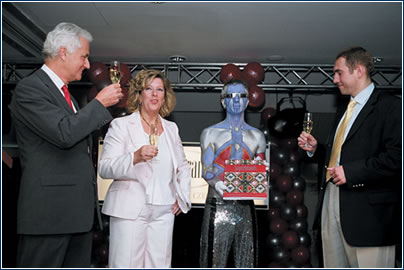 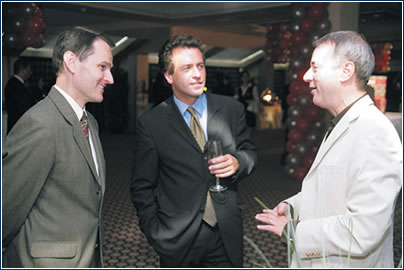 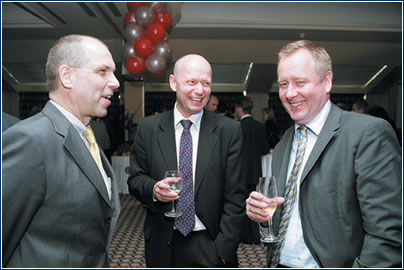 Contest
In the last issue we published a quiz that offered a digital camera as the main prize. The correct answer: Fujifilm shops where they develop high quality photos from digital media or film are called FDi or FIS. These shops use Frontier or Fujifilm minilabs. The winner, Václav Hemer from Prague 4, received his prize from the publisher. 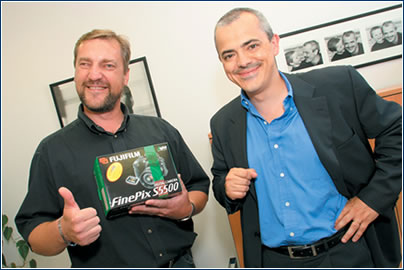