Lieutenant Colonel Kuchař is the commander of over 200 Prague detectives. To lead his team, he places the greatest emphasis on creativity, trust, team cooperation, and personal responsibility. 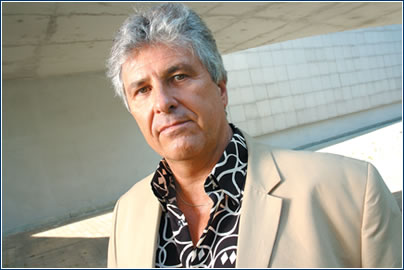 They say that serving on the criminal police, specifically in the homicide department, is the dream of almost every policeman. These policemen are said to be the elite of the force. Is that true?
It’s true that this department is sort of a Mt. Olympus for policemen. It’s always worked out that a good cop works his way up from walking a beat – through researcher for the basic organization to local crime squad, whence he can come to us. In any case, only seasoned policemen, detectives, and investigators who have become skilled through hard work pass muster with us, because independent work is expected of them.

Which character traits and abilities are key among your people?
First they must be honest, experienced policemen. I don’t want people who are just in it for the money, because they don’t earn much here, I want people who want to succeed, want to nab offenders, and don’t want to be office-bound nobodies. It’s terribly important for them to be team players. I need detectives who will go into the sewers and wade through the waste – guys who can dress like vagabonds, take to the streets, and make contacts all incognito, of course. Not everyone has the stomach for it.

So an individualist wouldn’t make it in your outfit?
I don’t want individualists who work on their own, but I need strong individuals. I have them here, and I’m proud of them. Each individual joins our department with something specific that led us to a perpetrator. And often it was precisely because they are strong personalities instead of parts of the crowd. I have teams of two where one is quiet and deliberate and the other is an irascible hot-head, because the tried and true good-cop-bad-cop routine still works when dealing with offenders.

Which leadership method has worked best for you?
A creative, flexible approach. Our command can’t be too overbearing, because every case requires a different procedure. If I want results I have to give the guys maximal freedom and I make decisions only on principal matters. If you get overly bossy they just sit around waiting for orders.

How would you describe the ideal boss?
First, he has to master all the issues and be able to lead subordinates to solutions. Mainly, he can’t be a mentor! He should also be able to deal with people. I don’t need a person who’s an outstanding investigator but a miserable leader who doesn’t understand the team’s problems and often gets into conflicts. That usually results in a bad atmosphere and high turnover. During my forty years of work I’ve also learned that it’s important to be decisive. There’s nothing worse than a commander who hesitates.

How do you approach the issue of authority?
I’m mainly interested in results. It doesn’t bother me at all when a cop knocks on my office door and charges in without my secretary announcing him because he urgently feels he has to talk with me. Why should I give him a hard time? I let him do what he thinks is right at the given moment. Everyone knows they have to take personal responsibility for their successes and failures alike. I’m not going to sweep anything under the carpet.

How have you developed as a leader?
At the beginning of my career I read books like “Lead Or Be Led” and so on. A little bit of theory is certainly useful, because when you find yourself in a situation you’ve read about, possible solutions leap out at you, so you don’t have to slog through the case. But I’ve learned the most from practice. During my first two years as a manager I learned how the department works, and I tried to avoid making decisions about things that I was just learning about. That would definitely only make the work of the others more complicated. Now I feel that there’s a calm, proper atmosphere throughout the team. I try to inculcate cooperation in ordinary detectives and managers. When the need arises they have to drop their work and go help their colleagues.

What are your shortcomings as a commander?
I think my greatest handicap is that I’m no computer geek and I can’t speak any foreign languages. I think every manager should have these skills. Also, sometimes I’m pretty hot-headed.

How do you motivate your team?
I have to know what matters to whom. People of modest means prefer money. Then there are people to whom success and prestige are paramount, and what makes them happiest is my praising them in front of the others or when they get medals.

Do you use team-building activities to strengthen interpersonal relationships?
Yes, at least once a year each of our departments meets informally to discuss our partners’ results – that means that homicide detectives meet in a pub with doctors, pathologists, expert witnesses and their wives to exchange views. At least four times a year we have training sessions, but we also find time for sports, leisure, and entertainment.

Which of the cases you’ve solved are you proudest of?
All of them without exception – regardless of whether they involved the thieves we caught for robbing Karel Gott or Václav Klaus, or when we caught a thug who was brutally murdering women. Or recently when our guys caught David Lubina, who was arrested on charges of shooting a man in Charles Square in broad daylight. We always have a feeling of satisfaction.

In your occupation you meet the dregs of society and you’re constantly solving the misfortunes of others. How does this affect your family life?
To a basic degree. Today, at age 58, I know that a policeman without a family behind isn’t a complete policeman, because he’s lacking something to keep him psychologically balanced. When you look at the hundreds of hours of overtime my guys work, it’s clear that their wives are sacrificial lambs. They have to take care of everything themselves – the household, the children, with their husbands always off somewhere. Furthermore, they’re stressed by wondering whether their husbands will ever return. It’s very hard for them. I discovered this when my first wife and I were divorced. I was interested in work and success, and I neglected my family.