“When you put a clean, simple, modern interior in old palace spaces, the contrasts can complement each other nicely,” says leading Czech architect and designer Bára Škorpilová, commenting on the new seat of her studio Mimolimit. Her business outgrew its formerly small space, so she moved it to one of the Malá Strana palaces under Prague Castle, where she reconstructed 180 m2 of a former office wing. 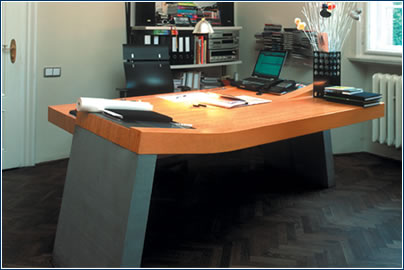 01> “I draw lots of sketches, so I need a rather large table. I had a replica of the work table I designed for Tacoma in 1996 for my office, so there are only two like this.” 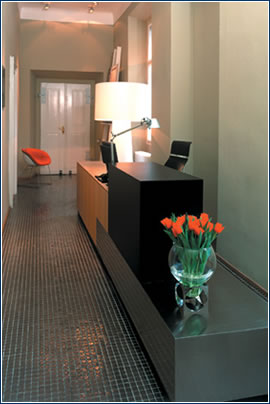 02> “We have a real reception area in our new studio: Stainless steel tiles, red accents, and a special Capellini lamp.” 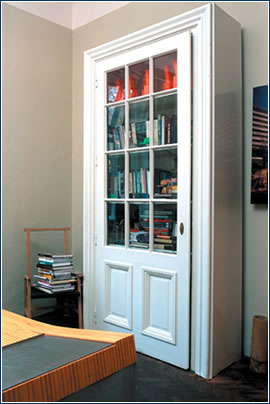 03> “I value the extraordinary atmosphere of the palace spaces – the thick walls, four-meter ceilings, and the wonderful garden. I kept all the historical elements that were here, like that great baroque door and the old bookshelf. But there weren’t many of them, so we designed most of the space to be purely operational, using effective lighting.” 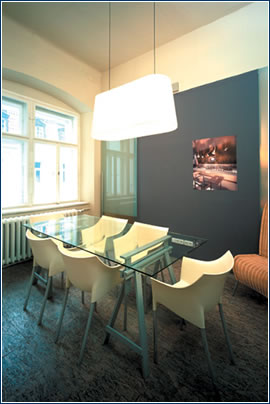 04> “I go for well-lit interiors, so the lights are among the few things we didn’t scrimp on. It’s a well-conceived combination of bulbs and halogen lights that together create a pleasant atmosphere.” 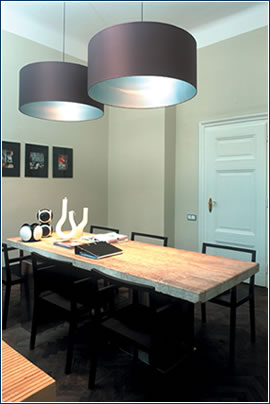 05> “I always wanted a stone conference table because it evokes respect and still demonstrates the spirit of a special freedom. It’s made of Roman travertine and its legs are stainless steel.” 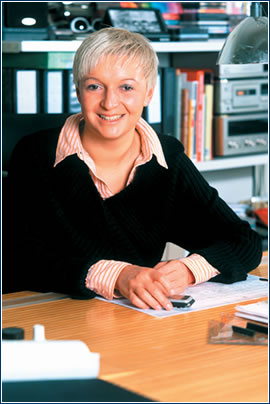 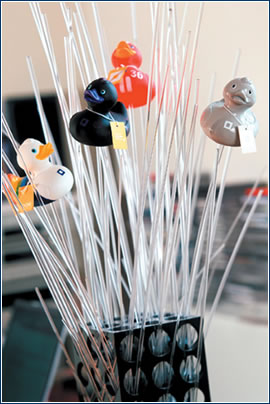 07> “My colleagues gave me these designer ducklings as a joke, since one of them is like me – a red competitor.” 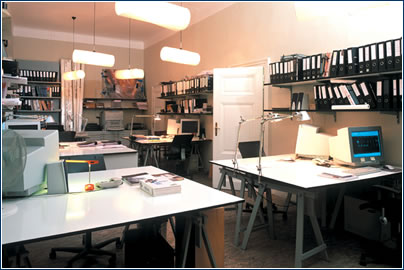 08> “We often work together in the large office. I need to stay in contact with the others and know as much as possible about their work. It helps motivate them, too. My dream is one large office hall, but there isn’t enough room here.”