The Czech Olympic Committee’s chairman is the head of the Olympic movement in this country, and his job is managerial as well as representational. How has the physician Milan Jirásek, who has held this post for nine years, dealt with his duties? 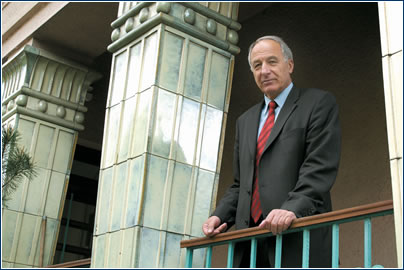 How would you rate your development as a manager?
My personality and performance have changed a lot. By way of illustration, on the morning of the chairman’s election in 1996 I wrote my speech on a piece of paper. This year I had a professional PowerPoint presentation. At first I carried out my managerial work from day to day, or rather from minute to minute. I had to rely on things that had been thought out before I took the post. I wasn’t systematic in my administration, and I didn’t have a secretary to guide me. I complicated my work unnecessarily. In hindsight I think that becoming the chairman nine years ago with so little preparation was a big mistake. I was terribly naive about economic matters, and I hadn’t cultivated a healthy skepticism. I’ve lost many illusions.

What disillusioned you?
Quite a few things. Here’s an admonitory example: we had a meeting, we agreed on certain conditions that were accepted even by the three people on the other side. In the next meeting they denied that that meeting even took place! I was shocked. Unfortunately, it was my mistake too. I didn’t ensure that minutes were taken. It had far-reaching consequences and served as a great lesson for me.

Do you think a person can learn to become a good manager? Did you take any courses, for instance?
No. I mainly follow my intuition, my horse sense. But my vice chairman, Jirka Zedníček, is systematic, and has pushed the project management method through here. I like it a lot, but it can’t be applied to every little issue, because in the end the rational core in these projects dissolves, and there’s too much paperwork. It’s a waste of time. I like to get to the crux of the matter. Of course I’m aware of my many managerial shortcomings, like my excessive patience and understanding for human weaknesses. I don’t like to issue directives – I expect people to understand what has to be done.

Do you accept advice, are you open to criticism?
I like constructive criticism, and I always think it over. But if I think it’s unjust because it’s based on faulty information, it drives me crazy. Then I think about whether I should defend myself and rectify the situation or just let it go. Sometimes the critics don’t even want to hear counter-arguments, because they’ve already compartmentalized the problem and aren’t interested in resolving it. But sometimes it’s necessary to step back. I see it not as a defeat, but as a victory if it leads to a rational solution.

How important is teamwork to you?
It’s essential. So I try to get all the sections to work together, not to be self-centered. I’d like a feeling of common patriotism to prevail. People must be informed of all the problems, then you can avoid saying “We’re doing our job well, but they’re spoiling it.” I can’t stand slander and rivalry. I like team spirit. 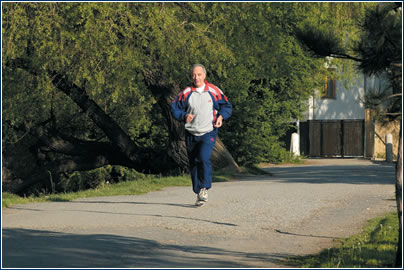 How do you deal with conflict situations?
It’s definitely better to prevent them. I understand that such situations can energize some people, bring them to life, but I don’t like conflicts. So first I try to persuade, and if that doesn’t work my responsibility prevails, and I tell myself that I shouldn’t have taken the job if I wasn’t up to it.

When in January you defeated a much younger opposition candidate, Jan Železný, some people questioned your fitness, as you’re 68 years old. Do you think your age is a limiting factor in your position?
There’s no template for that. A certain professor used to say, “If the young knew and the old could”…and that’s exactly how it works. An older person shouldn’t hold things back, he should know his limits. I was very hesitant about going for a third term, as I’ll complete it at age 72. I could enjoy life more, I could be on duty at the hospital, go skiing, read…but I didn’t want to leave my work unfinished. Masaryk was elected president when he was about 68, and it was only then that his most glorious era began.

But a cult of youth currently rules. Young people are expected to be dynamic and have new attitudes. What is your opinion on this?
Youth may have the green light, but when I look at medicine, to which I’ve devoted my life, I see that young doctors are dynamic, but sometimes lack a comprehensive view and humility. Their attitude is a bit unilateral.

Speaking of medicine, you still work as an orthopedist at the Central Military Hospital in Střešovice. What does this work bring you?
It helps keep me grounded, to be more than a high official. When working in a hospital a person has to put up with things, and it provides great feedback, contact with real life.

How would you describe the ideal boss?
It’s hard to generalize. The boss of a big company has to be different from a boss with 14 subordinates, as I am. I try to set a personal example and act in a way that’s more friendly than authoritative.

But you can pay dearly for that. For example, do you check on work that’s been done?
Earlier I didn’t do that too much, but I’ve gotten used to it. At first it wasn’t clear who was responsible for what, and that led to unnecessary problems. When I discover shortcomings I bring them up in a humorous way. I don’t call people in on the carpet, because they know I’m not the best example either. In the end it might wind up in the trash. (laughs guiltily)

So you let it slide into invisibility?
Probably so. The conclusion? Checking is certainly important, and checking yourself is even more important!