There is a real paradise, of a golfer’s dreams. It’s on the island of Praslin, the second largest Seychelles island, and it’s called the Lémuria resort. 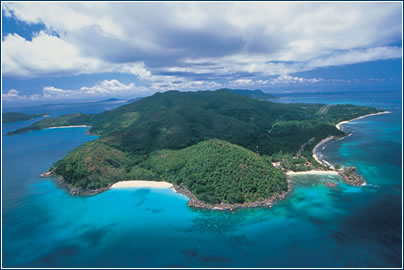 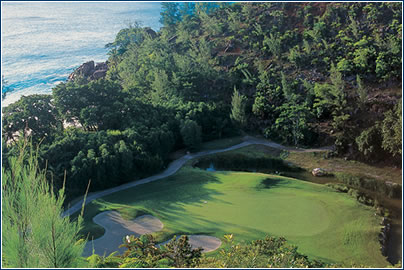 IN TRANSLATION Lémuria means “Lost Paradise”, and if you spend at least a few days there you’ll never forget it. Everything a golf lover can usually only dream of is there. A beautiful course in virgin countryside, exclusive lodging right in the complex, a sea that’s at least 27° C year-round, first-rate services – all, of course, at a corresponding price.
Professional golfers have called this 18-hole course, built in 2000, one of the most beautiful in the world. However, being the most beautiful doesn’t make it the easiest. It was laid out amidst a rolling tropical rainforest, and it’s plenty tough to play even with a motorized cart. Its architect and designer, Rodney Wright, who designed the famous Mana Lani course in Hawaii, was set a succinct task by investors: build a course that will challenge players even after two weeks of uninterrupted playing.
He asked French champion Marc Farry for help, and together they more than accomplished their assignment. The course doesn’t break any records. It’s a 5,521 meter-long par 70, with its longest hole at 480 meters and its shortest 125. The first 12 holes lead you to hope it’s just a pleasant stroll along the Indian Ocean coast. Numbers 6 and 8 hint at what you can expect in the last 6. You have to play over a good 150 meters of jungle, and you can neither hook nor slice your drive, as there is water on both sides. During the remaining 6 holes you must twice play over a mountain ridge with a magnificent view, and the course’s most beautiful hole, number 15, also awaits you.
You tee off from a cliff, and the green lies below, in an abyss, appearing very small from the great height. This hole is 151 meters long. Precision is important here – there are five places your ball can wind up: the jungle, the lake and the ocean mean you’ve lost a ball, and a deep sand trap poses complications. Only by hitting the undulating green with your drive do you have a chance at a good score on this par 3. But a poor drive is compensated for by the view of Georgetta, one of the world’s ten most beautiful beaches. It’s only 50 meters from the green, and is a part of the Lémuria facility. You can reach it in a golf cart, and the ocean waves wil take your mind off the game’s mishaps.