A modern metropolis that throbs to the beat of jazz and blues. Hundreds of outstanding restaurants and shops. An unbelievable blend of nationalities and ethnicities from all over the world. Hours spent in excellent museums, at games cheering on the famous Bulls or Cubs, or idyllic picnics in parks on the shores of Lake Michigan. This is but a thumbnail sketch of what awaits visitors to Chicago. 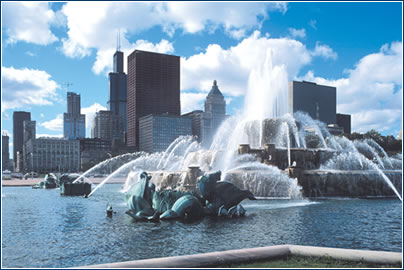 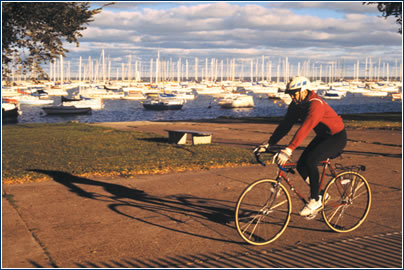 Where on the web?
For further information, we suggest the following websites dedicated to Chicago:
www.enjoyillinois.com – website of the official tourism office, covering the entire state
http://chicago-cz.com/ – a site of Czechs and Slovaks living in Chicago. Useful information and experiences from people already familiar with the US
www.lonelyplanet.com/destinations/north_america/chicago – a well-respected guide with practical advice for all travelers headed for Chicago
http://metromix.chicagotribune.com/ – ideal guide to Chicago’s bars, cinemas, theatres….

· The world’s first skyscraper was built in Chicago in 1885, and since then many have sprung up in the city’s center. The most famous is the 110-floor Sears Tower that, along with many others, offers beautiful views.

· Almost all of the Lake Michigan shoreline is set aside for recreation and relaxation, with many beaches, museums, ports, and parks. The entertainment and shopping center is the downtown area called The Loop, featuring the famed Michigan Avenue.

· Chicago has been a jazz and blues town since 1915, and this music complements the atmosphere to this day, during the many festivals. One such festival is Taste of Chicago, an enormous event that swamps Grant Park for ten days in July, and drawing 3.5 million people. 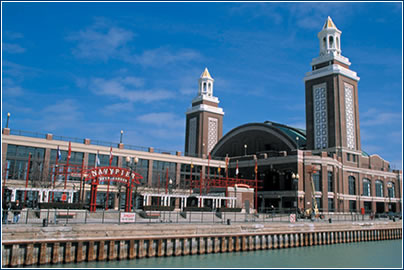 · Chicago is the third largest US city, and boasts 29 miles of Lake Michigan shoreline. There are nearly 10 million people of various nationalities and ethnicities in greater Chicago. Spanish and Polish follow English as the most widely spoken languages.

· The city is one of the world’s largest trade centers. Goods traded include steel, iron ore, limestone, coal, grains, and alcohol. Chicago also attracts many trade fair organizers, who enjoy the modern facilities there.

· There are 150,000 people of Czech origin in Illinois. The first Czechs arrived after 1848, and quickly established entire Czech quarters like Plzeň, Czech California, and Berwyn. Further waves of Czech immigrants came to in 1948, 1968, and 1989.